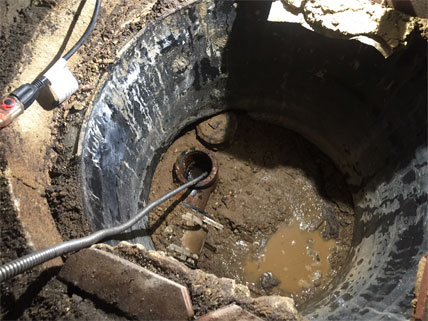 A septic tank should have at least 250 gallons of capacity for each person in the house. Standard sizes are 750, 1000, 1200, and 1500 gallons. They can be constructed of precast concrete, plastic or fiberglass. Older tanks may be made of steel, which often corrode over time, or they may be built in place of block construction. Larger tanks are often divided into two chambers to improve solids separation. Manholes and inspection ports are located in the cover for service and inspections.

A cesspool incorporates both functions of a septic system in one structure. It consists of a large perforated tank in which digestion takes place, surrounded by an absorption bed where suspended and dissolved solids undergo final digestion and water is filtered. Cesspools are not as efficient as other systems, more prone to failure, and difficult to restore to operation.

How does your septic tank system work?

The septic tank holds waste water from the home until solid debris settles at the bottom of the tank (the sludge layer) and lighter waste, such as oil, rises to the top to form the scum layer. Between the two layers lies clarified liquid, which flows into an outlet pipe and is gradually dissipated through a drain field. Bacteria in the septic tank naturally break down organic waste matter and slow the accumulation of the sludge layer.

What is septic tank system backup?

The Dreaded Backup
A backup is an ugly, smelly mess. Excess build-up of sewage solids in the tank can go unnoticed until it eventually causes the system to backup and break down. When that happens, additional sewage and waste water may backup into your house, emptying out into your bathrooms, kitchen sinks and laundry.